Buried under the waves off the coast of Cancun, Mexico, lies a hidden world of artworks waiting to be discovered.

Home to over 500 life-size human statues, the Cancun Underwater Museum is one of the world's most unique art galleries, however there's another more important reason for its existence... 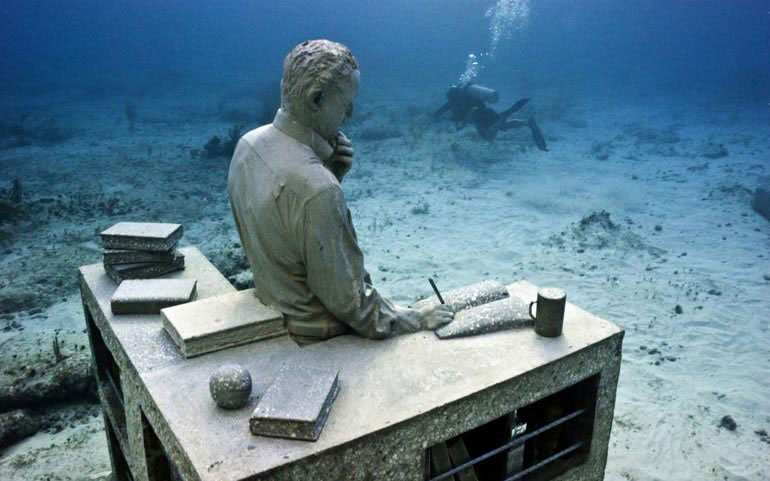 The Cancun Underwater Art Museum (known as MUSA) was conceived in 2008 as a way of preserving the marine life of the local area by drawing tourists away from nearby reefs of Mexico where inexperienced divers were causing damage to the coral.

Collaborating with British artist Jason deCaires Taylor, they considered the idea of submerging sculptures to create an artificial reef. The statues provide a perfect home for coral as well as a protected environment for fish and other marine life, creating, over time, a living, breathing exhibition.

Incredibly, in the first five years, life has started to flourish. Rays, turtles, moray eels, barracuda and colourful tropical fish are now calling the museum their home. Even Angelfish, not seen in the area for years, have once again been spotted feeding around the sculptures. 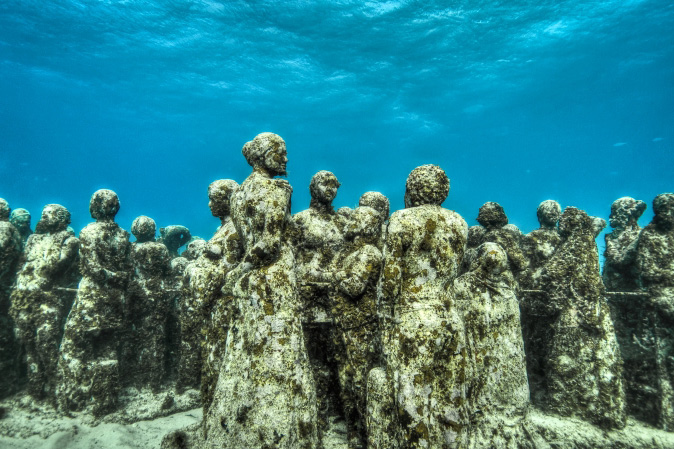 Covering an area of over 400 square metres, the museum is divided into two distinct galleries several miles apart, Salon Manchones and Salon Nizuc. Manchones, eight metres below the surface, features haunting pieces such as “The Promise”, depicting a circle of people linking hands; “Man on Fire”, a one-ton cast of a local fisherman planted with fiery coral; and “The Dream Collector”, an underwater office guarded and protected by a submerged registrar. The smaller Nizuc gallery is just four metres underwater; its most famous piece is the “Gardener of hope”, a young lady lying on a patio surrounded by flower pots. 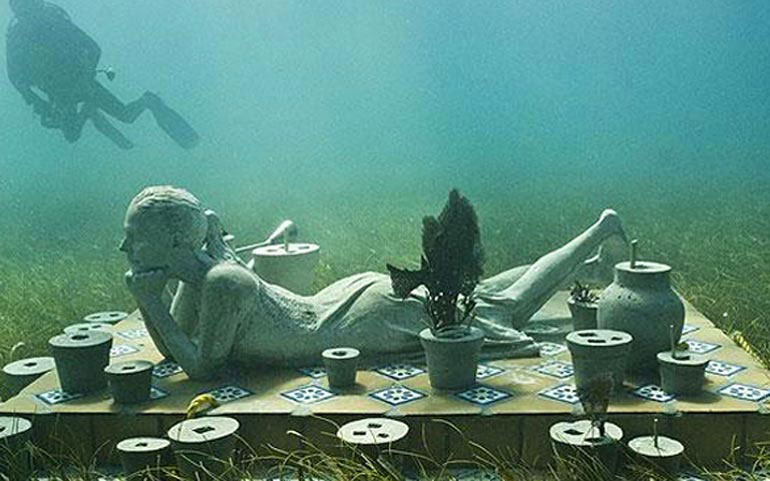 Divers are able to explore the Manchones reef (which was recently included in a poll naming the top 50 diving spots around the world); however, due to its size and shallowness, Nizuc can be reached only by snorkelling.

But what if you want to keep your feet dry?  Both sites can be explored from the comfort of a glass bottomed boat as there are various tours of the museum available every day. The MUSA Visitor Centre also contains many replicas of the sculptures along with films and images of the museum so you can witness the exhibit's beauty from dry land. 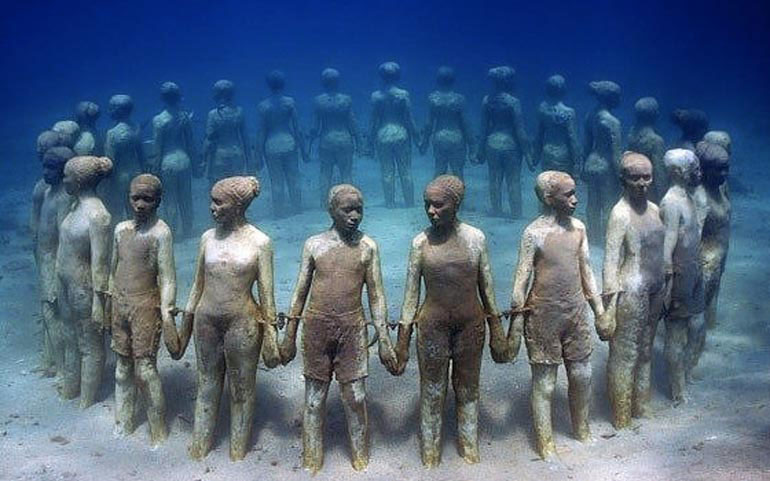 Cancun’s underwater museum is easily accessable from many of the area's varied hotels and resorts. Perhaps closest, just a five minute drive, is the award-winning five-star resort Secrets The Vine. Alternatively, the chic Secrets Silversands is superbly placed to explore both the underwater museum and Cancun itself.  It also offers local snorkelling and diving expeditions. For that complete out-of-town all-inclusive experience Moon Palace Resort is just a short drive and is a fantastic self contained entertainment complex.

Our Mexico experts know Cancun inside out and can tell you all about this incredible underwater museum first hand. We’re ready to inspire you, so if you’re considering a holiday in Mexico and want to talk to someone who’s been there, search for one of our Mexico experts or book an appointment in your local Kuoni store. You can also order our Caribbean and Mexico brochure, packed full of ideas to get you started.