Shaped by a history as colourful as the vintage cars that parade through the streets of Havana, the Caribbean’s largest island is also its most unique. Discover what makes Cuba so special, experience the charm behind the chaos and let the soul and rhythm get under your skin.

An incredibly brief history of Cuba

To understand modern-day Cuba you have to look back at its past. Inhabited by pre-Columbian cultures for centuries, Cuba was ‘discovered’ by Italian explorer Christopher Columbus in 1492 and conquered by the Spanish 19 years later. Hundreds of years of Spanish rule followed (with a short-lived period of British rule in the mid-18th Century) during which the island prospered through the tobacco and sugar trades. The late-19th Century saw the start of the Cuban War of Independence which ultimately led to a change of power as the US defeated Spain in the American-Spanish War and the US military occupied Cuba until it gained formal independence in 1902.

The inter-war years could be considered the country’s heyday – particularly in the capital Havana – as the American elite, mafia dons and bohemians flocked to the capital to experience the highlife. Country clubs, casinos, bars and cabarets attracted the likes of Frank Sinatra and Ernest Hemingway – this was Las Vegas removed to the Caribbean. American cars lined the streets and luxurious hotels such as the Nacional de Cuba played host to Hollywood stars. Following the Cuban Revolution of the 1950s, the country is one of only a handful of surviving socialist states, which is one of the reason it’s such a fascinating place to visit. Cubans still use ration books, the media is state controlled and, until reforms in the late 2000s, the annual wage was the same for a doctor as it was for a farm labourer. With Fidel’s brother Raul in charge, the country has gone through some progressive changes in the last decade with small and medium private enterprises made legal in 2016.

Much of the island’s past is intricately linked with that of the US, unsurprising given that it sits only 90 miles off the coast of Florida. Between the Spanish-American War of the late 1800s, the Cuban Revolution and the resulting trade and travel embargo, the Cold War and the reinstatement of diplomatic ties over the past few years as part of the ‘Cuban Thaw’, it’s safe to say the two countries have a somewhat complicated relationship.

In the early- to mid-2010s, the Obama administration set about re-establishing relations following a 54-year stretch of hostility. One of the most significant effects this had on the tourist industry was the easing of travel restrictions for American citizens in 2016. Not only has there been an increase in interest in Cuba from citizens of the USA, it has also led to an influx of travellers from Europe and Canada keen to see a country untouched by commercialism ‘before it changes’. 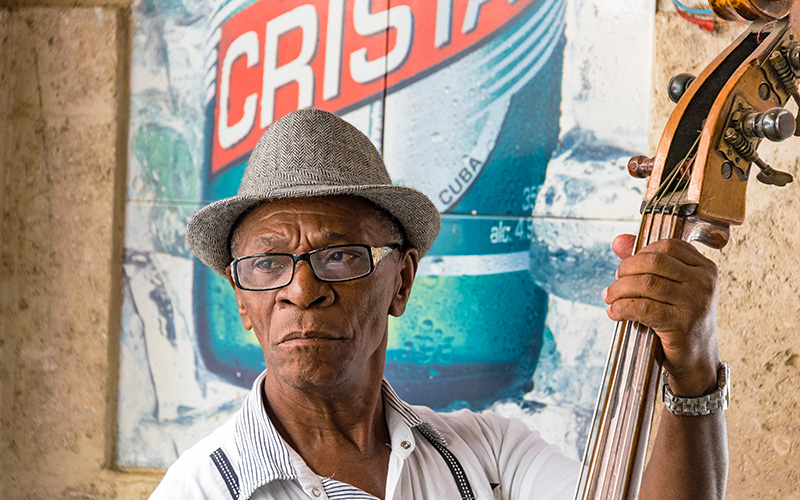 The beauty of Cuba is that there is no ‘right’ way to see it. You can fly and flop on incredible Caribbean beaches, spend time in the cultural capital, head further afield on a tour or even arrive on a cruise. There are a few realities of Cuban travel which perhaps make it a destination that won’t suit everyone; however we feel it’s more than worth a departure from your modern comforts.

There are few destinations that have the same charming ‘stuck-in -time’ atmosphere than the capital of Cuba. You could almost picture yourself in pre-Revolutionary Cuba, rubbing shoulders with A-listers at the Nacional, the Hotel Capri or El Floridita restaurant and cocktail bar. There’s even a Hemingway trail you can follow. Soulful salsa music can be heard around almost every corner, spilling from homes and public spaces in the characterful Old Havana and those vintage cars continue to fill the streets. What may bring you back to the 21st Century is the faded grandeur of it all. Much of the paint of the once-colourful building façades has peeled away; and some buildings have been left to crumble while others are beautifully restored. The energy here is tangible; this is a living museum, with an emphasis on the living. Havana is probably reaping most of the benefits of the rise in visitor numbers as the country’s most luxurious hotel – by Cuban standards at least – the Gran Hotel Manzana Kempinski opened in June 2017, with more of its kind to follow. For beautiful views over Old Havana through floor-to-ceiling windows we recommend a stay in one of the hotel’s Gran Deluxe Room.

As beautiful as it is, it’s unlikely you’d travel all this way just to see Havana. The majority of visitors spend a few days here before retreating to the all-inclusive resorts and white-sand beaches of Varadero, or to a lesser extent, the jaw-dropping Cayos. Although not providing a true representation of the real charm of Cuba, these resorts have their own attractions, in particular some of the Caribbean’s best snorkel and dive sites. A different way to see Cuba

If you don’t quite have the confidence to discover Cuba on your own or you would rather experience it with a group of like-minded people, we highly recommend joining an escorted small group tour. Perfect for first-time visitors, our week-long Highlights of Cuba tour packs in the island’s ‘must visit’ destinations including the ‘open-air museum’ city of Trinidad, probably our favourite spot on the island (but don’t tell Havana that). 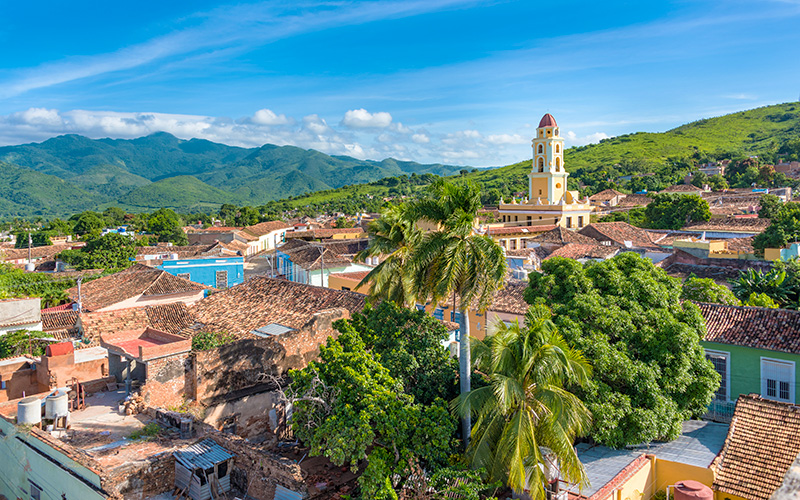 If you want to step off the slightly more beaten track of western and central Cuba then you might like to consider our 15-night Enchanted Cuba itinerary. Visiting Bayamo, one of the original cities founded by the Spanish, Santiago de Cuba and the former capital of Baracoa, this tour will leave you with some incredible memories and will seriously boost your dinner party travel tales.

Since the first American-owned cruise ship docked in the capital in 2016, the interest in Cuba as a cruise destination has grown sharply. A couple of our cruise line partners – Royal Caribbean® and Regent Seven Seas® – have started to call in to Havana on a selection of their Caribbean sailings, while Azamara Club Cruises® are offering an ‘intensive’ cruise that circumnavigates the island visiting Santiago de Cuba, Cienfuegos and Havana. However you decide to visit Cuba, you’ll find a country that’s taking small strides towards the future it has one foot firmly in the past. Leave your expectations at the airport and embrace the fact that the island is like nowhere you have ever been before…

If you want to discover more, read our Caribbean brochure or chat to one of our Cuba experts who can share their first-hand experiences and recommendations.

This feature was published on 24 October 2017. The information within this feature is correct to the best of our knowledge at the time of print. Feature by Emma Tibbetts.